For a commercial driver, receiving a traffic citation can create a disaster. Suspension or revocation of your CDL, loss of employment, becoming uninsurable and CSA points are just some of the harsh realities with convictions for CDL violations. Knowing a good Wylie commercial truck driver lawyer is imperative.

Texas traffic laws for CDL drivers are extremely strict and the punishments are harsh. But, if you have a CDL and have received a traffic citation, there is hope. Wylie commercial truck driver lawyer Todd E. Tkach will lead the fight to keep your CDL safe and intact.

Texas CDL traffic laws are numerous and complex, making it difficult to qualify for and maintain a CDL. That, it seems, is the cost of having the privilege to drive commercial vehicles for compensation. When faced with a CDL traffic violation, the worst thing you can do is simply pay the ticket. By doing so, you’re entering a plea of guilty and are convicted of a criminal charge. To make matters worse, it is against the law for any prosecutor in Texas to allow you to resolve your citation with either a driver safety course or deferred disposition. With that understanding, it seems that the road is blocked and there are no other options. But, with a qualified Wylie commercial truck driver lawyer at your side, the road is clear.

A complete dismissal is always preferred. That goal may be achieved with the assistance of a Wylie commercial truck driver lawyer through the skillful application of the procedural and substantive laws, aggressive negotiations with the prosecutor or by a jury trial. With so much at stake, you should get professional legal assistance. Don’t try it alone.

CDL Holders Have Unique Legal Requirements for Their Violations

CDL holders are quite unique; not only for the qualifications required to obtain and hold a commercial driver’s license but also for the high standards to which they are held by traffic law enforcement. CDL holders are well aware that their livelihoods depend on maintaining an active and valid CDL. Receiving traffic violations can quickly put a CDL holder in serious jeopardy of losing their job, either because the licensing authority suspends their CDL or their insurance company refuses to insure them. Don't take a chance. Hire a Wylie CDL commercial truck driver lawyer to help you with CDL violations.

Why you need a Wylie CDL commercial truck driver lawyer

Without a Wylie CDL commercial truck driver lawyer, you may not be aware of other options. The CDL ticket lawyers with Todd E. Tkach, P.C. will aggressively pursue a dismissal of the charges. If an outright dismissal is not possible, we’ll negotiate with the prosecutors to keep your CDL traffic ticket from affecting your CDL, or otherwise causing a suspension of your CDL. If necessary, we’ll take your case to trial. Additionally, if you are ultimately convicted of a serious violation, we may be able to appeal your conviction. 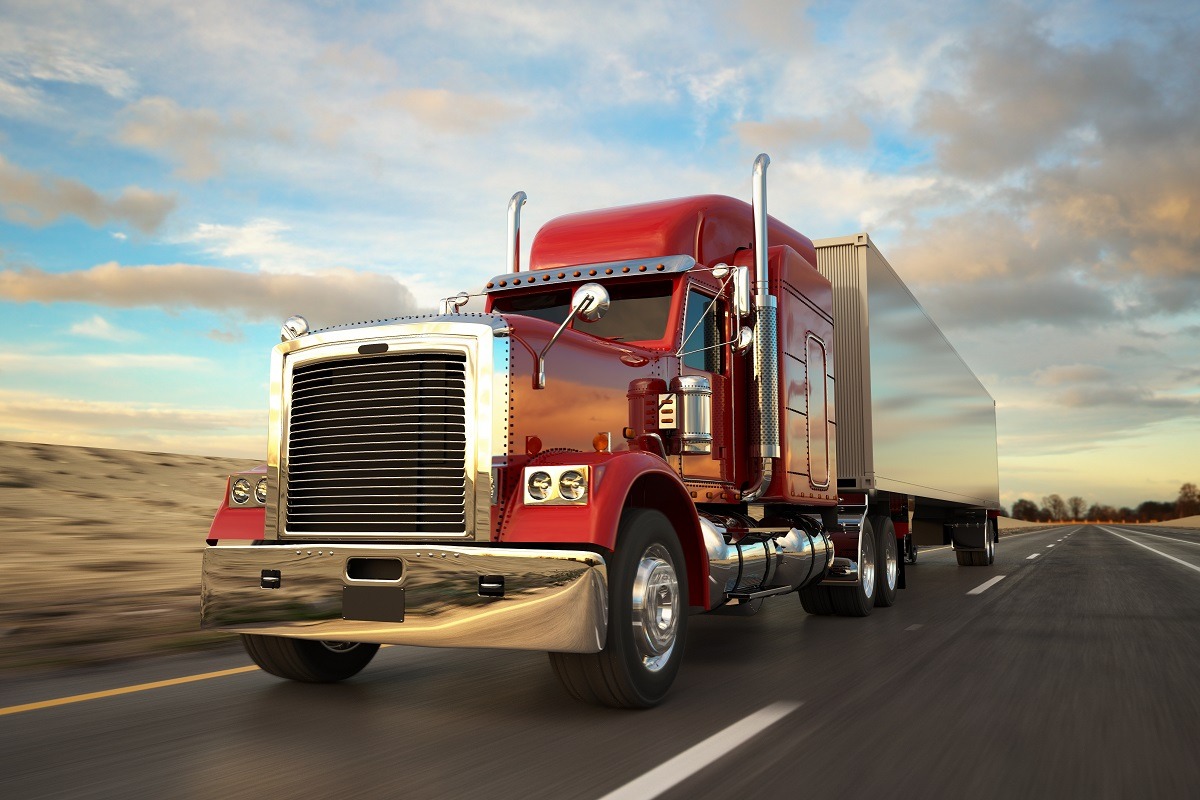 All Texas driver’s licenses, including Commercial Driver’s Licenses (CDL), are issued by The Texas Department of Public Safety, which imposes severe penalties for CDL holders who are convicted of traffic violations. Not only are there significant financial penalties, but more importantly, there are temporary and lifetime suspensions of commercial driving privileges for convictions of certain traffic violations and/or a combination of traffic violations.

You need a Wylie commercial truck driver lawyer to protect your license and your ability to earn a living!

The Texas Transportation Code provides five separate term lengths of CDL suspensions, including 60 days, 120 days, 1 year, 3 years and lifetime suspensions. As you can imagine, the more serious the violation and the more frequent, the longer the suspension. “Serious,” in fact, is the defined category of violations by the Texas Transportation Code that will garner a suspension. These violations include excessive speeding (15 m.p.h. over the limit), reckless driving, violations of laws involving motor vehicle traffic control, improper or erratic lane change, following too closely, and driving a commercial vehicle without a CDL. In a three-year period, convictions of two of these violations are punishable by a 60-day CDL suspension; 120 days for convictions of three violations. Similarly, violations involving the operation of motor vehicles at railroad grade crossings are punishable by a 60-day CDL suspension for one violation and 120 days for two violations. The suspensions lengthen to one year, three years or lifetime for repeated violations and for certain violations involving, among other things, driving under the influence of alcohol or drugs, driving a commercial vehicle in the commission of a felony, and/or committing some of these violations when transporting hazardous cargo. 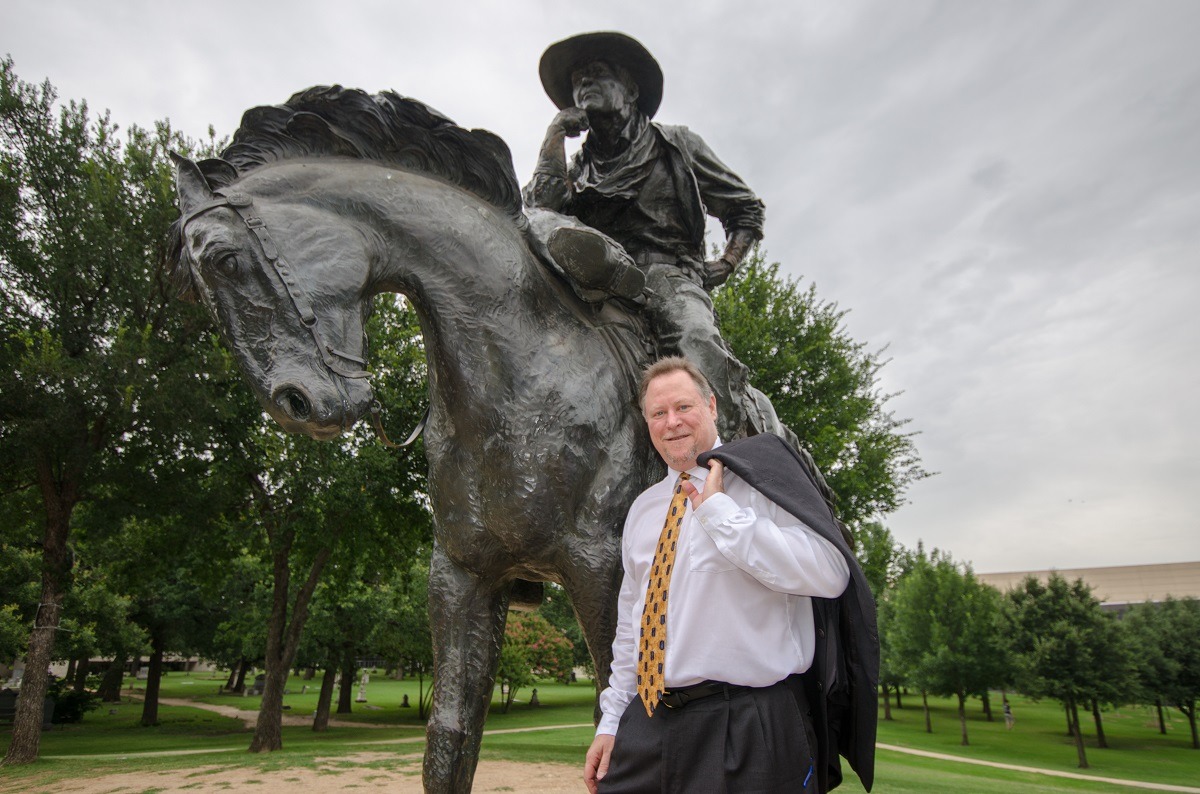 The problems for CDL holders in Texas are compounded by the fact that the courts are prohibited by law from offering plea agreements that don’t result in convictions. Some of the most common plea bargain agreements offered to non-CDL drivers are prohibited for CDL holders. Texas Code of Criminal Procedure, 45.051(f) specifically precludes municipal courts and justice of the peace courts from deferring an adjudication of guilt for CDL holders who are charged with traffic violations. This includes ALL violations, including non-moving and non-serious violations. So, when faced with alleged traffic violations, the options for CDL holders include either pleading guilty, which results in a conviction or taking the case to trial, which may also result in a conviction. If the violation is “serious,” a CDL holder could be facing a CDL suspension. Even if the alleged violation is not a moving or serious violation, if convicted, a CDL holder may face insurance rate increases, denials of coverage or termination from employment.

Insurance rate increases, CSA points, CDL suspensions and loss of employment. The stakes for CDL holders couldn’t be higher. If you have a CDL and have been charged with a traffic violation, you need a Wylie CDL commercial truck driver lawyer who can guide you through the Texas minefield of CDL traffic violation laws.

In spite of the overbearing laws and punitive environment of Texas courts, attorney, Todd E. Tkach has successfully dismissed thousands of CDL traffic violation cases throughout the State of Texas. The attorneys with the Law Office of Todd E. Tkach represent CDL holders state-wide. With a firm command of the substantive and procedural laws regarding CDL holders, we carefully navigate the system to achieve the best results for our clients. In most cases, that involves completing the case without a conviction. We handle your case from beginning to end. In most cases, you will never have to appear in court. This is particularly attractive for those out-of-state CDL holders, who would find it extremely difficult to return to Texas for a scheduled court hearing. 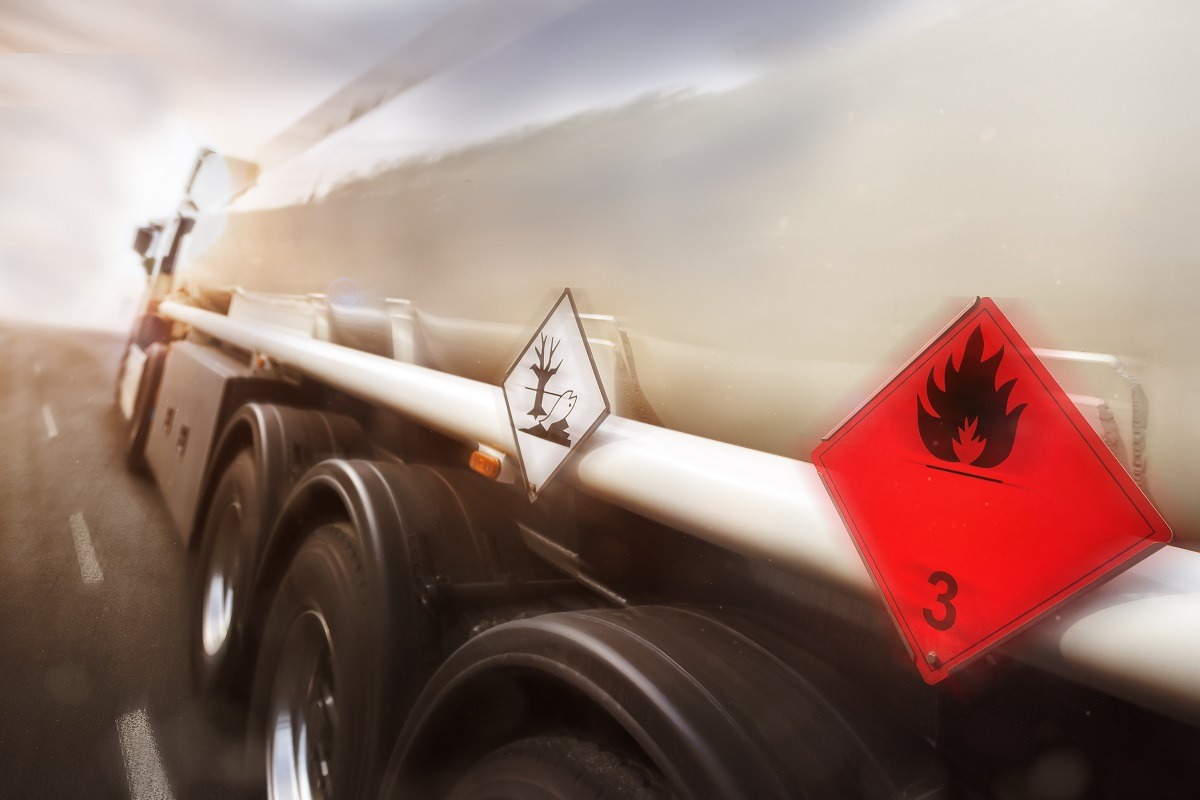 If you have a CDL and have received a traffic ticket in Wylie or almost anywhere else in Texas, you know that you only have a few days to either pay the ticket or request a court setting before that traffic violation becomes a warrant for your arrest. Paying the ticket is not an option. It results in a conviction, which is the worst possible outcome. Don’t hesitate to call a Wylie commercial truck driver lawyer right away if you get a CDL violation! Call us now for your free consultation.

The stakes are too high. You can’t afford to go-it-alone! Call Todd E. Tkach, P.C. at (214) 999-0595 now to talk to one of our courteous staff members, who can explain the process to ultimately resolve your case and answer any questions you may have.

The Differences Between CDL Revocations, Suspensions and Disqualifications

Dangerous Myths About Suspensions and Disqualifications

CDL Drivers: Don’t Let Them Take Away Your Livelihood! 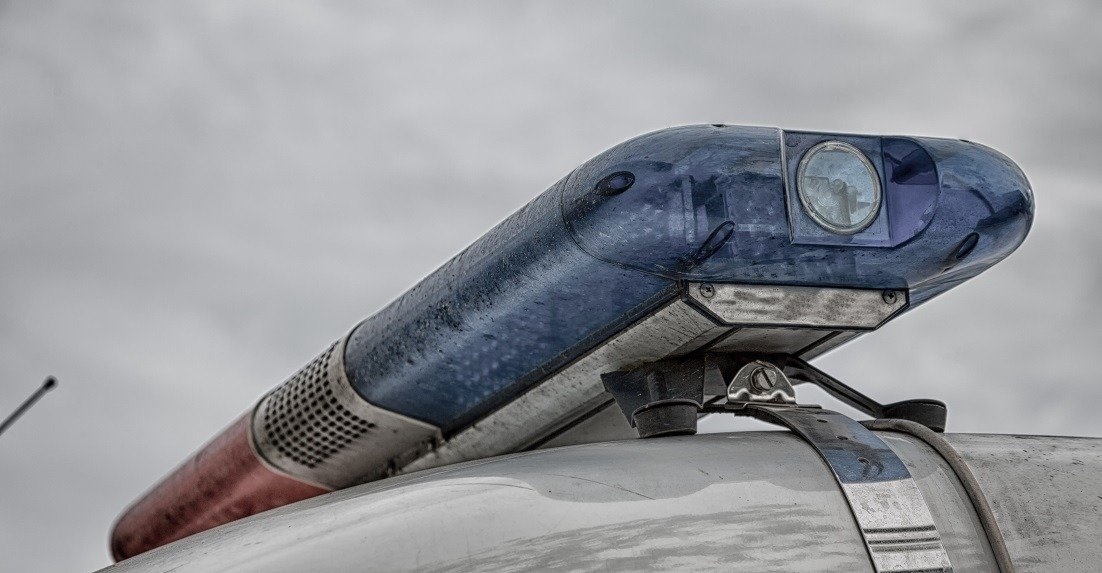 Protect your ability to earn a living

The penalties for CDL violation are tough in the State of Texas. You need experienced representation to protect your license. 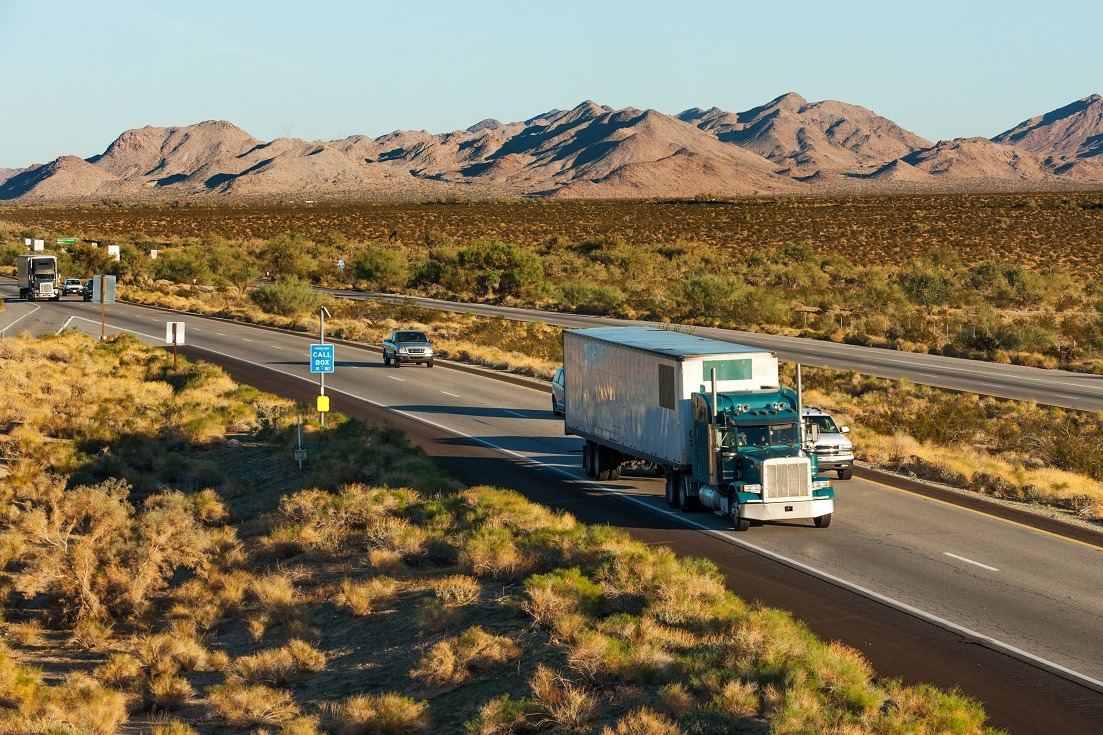 A full-service law firm for all of your CDL needs:
CDL violation defense and DOT compliance.
Serving almost all courts in Texas

See All Courts Served in Texas